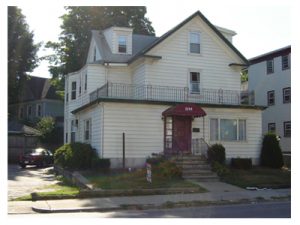 Christ the Rock Church began in 1999, when Louis and Kristine Zinnanti became the pastors of a small church in Dorchester, called Church in the City. At the time, the church met in an old funeral home that the previous pastors had purchased and was debt free. The church name was changed to Christ the Rock and a new identity was developed for the struggling congregation.

With the new name came a new vision. The new goal of the congregation was to build a healthy, self-supportive, inner-city church. Their desire was to see this church grow into a truly multi-ethnic organism, that could meet 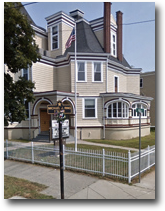 spiritual, social, and economic needs of individuals within the community. Since January of 1999, the church has grown from the original five members to a congregation of over 200 people from 30 + different ethnic backgrounds.

In 2005, the church purchased and rehabbed its current ministry center and offices at 48 Pleasant Street in Dorchester.

In September of 2017 the two campus were once again reunited and are currently holding services in Dorchester as one unified church.

Sunday Mornings at 11AM