Several years ago two members of our congregation, Eurico and Dina Lomba, approached Pastor Lou to let him know that they were moving home to Cape Verde, where they had grown up. They told Pastor Lou that they wanted to start a bible study when they get back on the Island of Brava. The Holy Spirit prompted our pastor that they were going to start a church. They traveled back to Cape Verde with great expectancy of how God would use them. 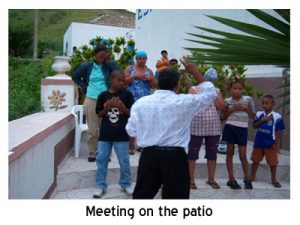 Eurico and Dina began doing relational evangelism on Brava and a small congregation was birthed. At first the church met on the patio of Eurico's home. He latter move the congregation into a basement room behind his house. In 2010, with the help of three stateside churches that support Eurico and Dina, they added a second floor onto their residence to build a sanctuary for the church and guest rooms for missions teams. 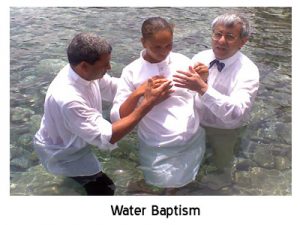 God is moving on the island of Brava. We hope to one day return to Christ The Rock Church in Cape Verde and serve the people there through a missions trip!

Our Church in Cape Verde Slideshow